Something I stumbled on recently prompted me to start reading The Man Without Qualities.  It's a phenomenal book, albeit one that seems to have slipped through the cracks of the 20th century, never quite receiving the attention it merits.  It's also a book with strong resonance to our own time.  The story is set in Vienna on the eve of the first World War although it was written in the post-War years, when the collapse of the Hapsburg Empire was already an accomplished fact and Mittel Europa had all but surrendered to fascism's embrace.  In other words, it's a novel about the confusions and delusions attendant upon the collapse of a liberal social order.

Pseudoreality Prevails is the subtitle of the book's long middle section, a phrase which easily could be invoked as a moniker for our present day.   Understood in this light, today's political crisis is only a symptom of a much deeper malady -- a rift in our most basic assumptions about the world and our place in it.  It's a crisis which is expressed in the proliferation of fake news and the dearth of real news, which after a while corrodes our sense of reality itself.  Reality TV has emerged as the preferred mode of discourse, the lingua franca for the newly emergent class of those who aspire to the ranks of world leadership. 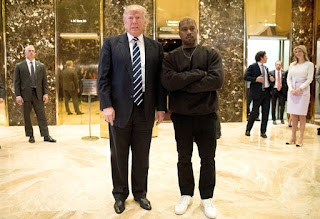 And here is a great quote from The Man Without Qualities which sums up our present moment with far greater depth than I have yet to hear from any pundit in the main stream media:

In love as in business, in science as in the long jump, one has to believe before one can win and score, so how can it be otherwise for life as a whole? However well founded an order may be, it always rests in part on a voluntary faith in it, a faith that, in fact, always marks the spot where the new growth begins, as in a plant; once this unaccountable and uninsurable faith is used up, the collapse soon follows; epochs and empires crumble no differently from business concerns when they lose their credit.