By way of explaining a few of the references in this poem, I am very pleased to announce (albeit by such indirect means) that I have recently begun work on a new translation project - helping a Chinese friend and colleague prepare for publication a new translation of the Chuang Tzu, a Daoist wisdom book comparable in importance and beauty to the Dao De Jing.  (For those of you not familiar with it, you can read about the great original Chinese text here.)  The chapter I am currently working on is Chapter 26, which is entitled External Things (or 外物 if you prefer in Chinese).

Ode to the Joy of Living in the Multiverse

History sometimes
Neither rhymes
Nor repeats itself;
It simply skips a beat
Or jumps from one frame
To the next 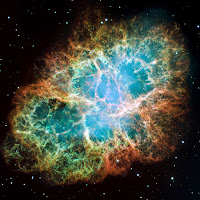 Posted by JoeLampoet at 8:31 AM No comments:

Ode to Gus the Mouser 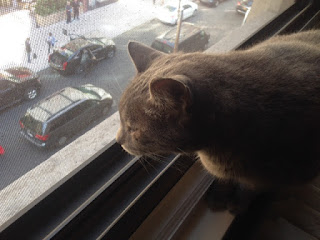 Posted by JoeLampoet at 2:50 PM No comments:

Flower From a Stranger 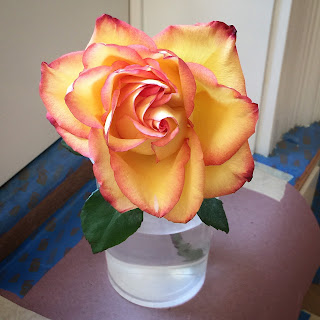 The backstory to this poem is interesting.  My wife was walking down 28th street the other day and approached a man (who looked kind of scruffy) standing on the corner and he handed her a perfect rose and explained that something lucky had just happened to him.  So this rose represents the most gratuitous of generous acts and that's why it looks like perfection itself fit snugly into a vase.

Post script:  And then a few days later Marissa sent me another photo. 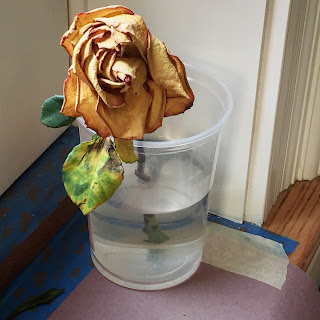 Opening further
Until Time holds sway
Perfect or not
Flowers all end
The same way
On the vine
Or in the vase
Brittle in decay
Posted by JoeLampoet at 9:35 PM No comments:

Poem for an August Evening in Saco Maine

Posted by JoeLampoet at 9:29 PM No comments:

Posted by JoeLampoet at 11:54 AM No comments:

The Party of the First Part

By way of explaining at least the first verse of this poem, I read a news story online this morning (you can read the full story here) about how an academic researcher in Australia (government funded no doubt) has just published a paper which strongly suggests the Bard of Avon may have been smoking some fine Virginia bud when he penned his very best plays.  The bud, so the researchers claim, had been brought back to Merry Old England by Sir Walter Raleigh.  To toke or not to toke, that is the question.  The evidence supporting the claim that Shakespeare was a pot smoker consists of molecular analysis of clay pipe stems that were recently excavated from the great Bard's back yard, which show trace evidence of cannibus sativa residue.  The paper also cites Shakespeare's Sonnet 76 for additional textual support of their claim:

Why write I still all one, ever the same,
And keep invention in a noted weed,
That every word doth almost tell my name

Posted by JoeLampoet at 10:11 AM No comments:

An Excerpt from a Work in Progress

I wrote the following poem in the course of working on my new book - another work of non-fiction, but this time the book as a whole will not be in poetic form.  In any case, the book's first section is devoted to a discussion of Daoism and that's how I came to write the following poem.

Ode to the Dao

Everything brings
Its opposite to fruition
Contrasts propel and
Propagate the entire
Realm of 10,000 things 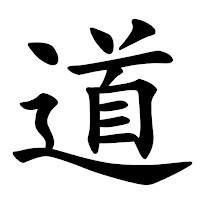 Posted by JoeLampoet at 10:15 AM No comments:

Here's a link to a prior poem that I was reminded of earlier this morning:

Poem for a Snowy Evening

Posted by JoeLampoet at 7:53 AM No comments: