A Short Poem About Nothing

The past is never past
And yet the future never comes;
We ride a carousel around
The eternal present sun
Where everything happens
And nothing gets done 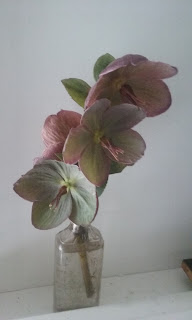 Posted by JoeLampoet at 9:49 AM No comments: 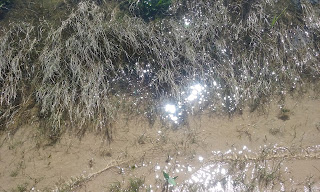 Posted by JoeLampoet at 8:07 AM No comments:

To the Joys of Sagging Flesh

Having recently celebrated my 60th birthday, and today being the first regular working day of the 7th decade in my current incarnation, here is this year's edition of a birthday poem:


Posted by JoeLampoet at 8:57 AM No comments:

60 - With Respects to the Henan Magistrate

A few days ago I celebrated my 60th birthday.  Discomforted by a severe head cold and few sleepless nights in the run up (thanks to both a hacking cough and an unaccustomed sense of nighttime dread), I hadn't been looking forward to the occasion.  But my wife threw a small party and I ended up being very sweetly escorted into the new decade with a handful of family and friends.  My younger son serenaded me with his rendition of Neil Young's Old Man Take a Look at My Life and my closest friends took the opportunity to embarrass me with stories regarding some of the poet's youthful indiscretions.

I wasn't going to let the chance pass by to read a translation of one of my favorite Tang poets.  I picked this poem by Bai Juyi.  Although it's not entirely clear, my best guess is that Bai Juyi is addressing himself here because he was, in fact, a governor in Henan right around the time he himself turned 60.