Ode to the Chelsea Hotel

One of the sorrier sights I've seen recently while traipsing around is the destruction of yet another venerable landmark of  Old New York -- the Chelsea Hotel, now marked as off limits and undergoing a gut-job renovation; the new landlord trying to evict all the old tenants, those with the most intimate knowledge of the building's mytho-poetic past.

Ode to the Chelsea Hotel

Property rights trump
All others in the
Landlord’s view

Residents only
No photographs
Allowed 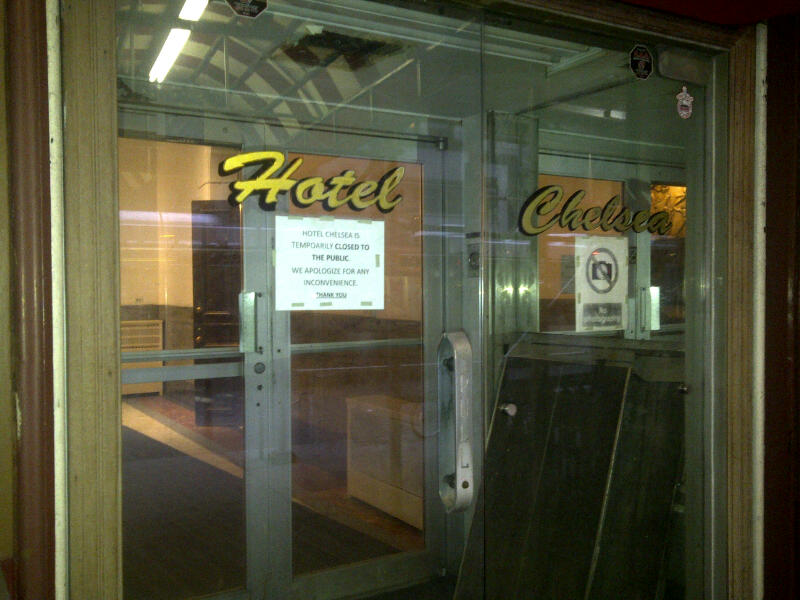 Posted by JoeLampoet at 5:58 PM No comments:

Posted by JoeLampoet at 4:17 AM No comments:

For My Classmates Busy Preparing for the 35th Reunion

It’s like there's this dog
Leaning out the car window
Except it's me trying
To write things down
As fast as I can while
Reality keeps rushing by
And that’s precisely why
It’s so important that
I make a proper record
Of what I see and think
Before another moment
Passes into oblivion
Posted by JoeLampoet at 11:20 PM No comments: