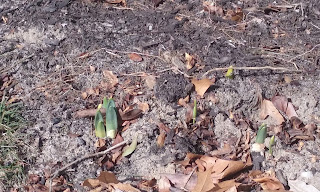 Posted by JoeLampoet at 9:20 AM No comments: 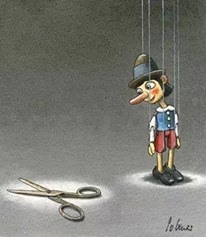 This short song is the result of an exchange on FB with my friend Michael Freed.  It started out with his posting this drawing of Pinocchio, which then prompted an extended back and forth about freedom and illusion.  The doctrine of Pratityasamutpada teaches us that everything is dependently arising - so from a Buddhist perspective we should see there are strings attached not just to the puppet but to the scissors as well. This further suggests there may be a better path to freedom - to free ourselves of the yearning to be free of the strings instead of trying to cut ourselves free in fact.  Understood literally or metaphorically, the latter approach is always likely to entangle us in a heap of difficulty.

Posted by JoeLampoet at 7:20 AM No comments:

The immediate prompt for this poem was the image (reproduced below) that my friend Christy Rupp  posted to Facebook.   Simple but harrowing.  It shows that Photoshop is not only capable of distorting an image but (in the right hands) is also capable of restoring us to a fuller sense of its original meaning.

Christy's reworking of the Orwell cover in turn inspired me to revisit Fern Hill - in greener days, one of my favorite poems.    The more things change, the more they stay the same, but also the more our understanding has a chance to ripen and deepen; with any luck, eventually we become attuned to the rhythm and patterns of of time's circularity.  Perhaps if we re-climb Fern Hill enough times the chains of our purely linear perspective will fall away altogether!   Free at last, free at last - too bad all we see are the floodwaters rising ... 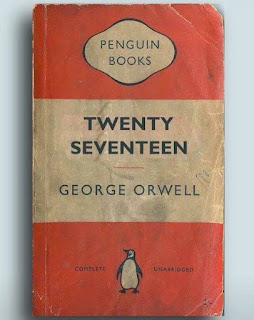