Keeping a Watch on our Cultural Gatekeepers: a short reply to Cynthia Ozick 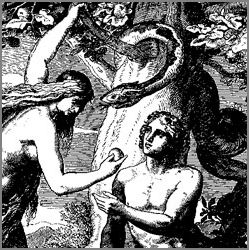 I think a brief response is in order to this Sunday’s cover essay in the NYT book review, The Novel’s Evil Tongue by Cynthia Ozick.  The gist of Ozick’s essay is to suggest how all of literature is somehow derived from the impulse to gossip, which in turn can be traced right back to the serpent’s blandishments to Eve in the Garden of Eden to eat of the Tree of Knowledge.  So Ozick concludes – “The instant Eve took in that awakening morsel of serpentine gossip, Literature in all its variegated forms was born.”  You can read the rest of Ozick's essay here.

Oh please.  I have enjoyed Ozick’s short stories from time to time, and this essay too is written with her usual flair.  But talk about wrapping yourself up in self-justificatory myth. In this case Ozick pulls the coverlet down over her eyes and better judgment, as she tries to draw a direct line from the opening chapters of Genesis on down the line through the entirety of world of literature, briefly touching down on Austen and Proust and a few of her other favorites, to establish all of literature’s direct descent from Biblical creation myth.

The problem, of course, is that this is a completely myopic view of literature, closed off from the slightest attempt at understanding or accounting for literary traditions other than our own.  There are more things in heaven and earth, and in literature too, than are dreamt of or carried around in our own cultural baggage.

Has Ozick ever heard of Bhagavad Gita, I wonder, or Li Bai or Haruki Murakami, for that matter?   I thought by now the NY Times Book Review would be well beyond promoting such a limited conception of what literature is or means.   For those who are curious to learn about traditions other than those derived from our favorite serpent, I would direct your readers’ attention to the wonderful compendium Readings in Chinese Literary Thought by Stephen Owen, which provides a very cogent explanation of how one great literary tradition (truly as vast as ours) has evolved from creation myths and world views entirely different from our own.

Joe Lamport
http://www.lampoetry.com
Posted by JoeLampoet at 8:18 AM No comments:

A Short Note to Non-Self 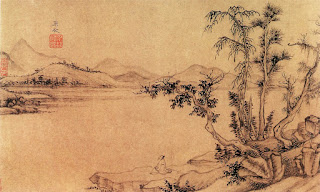 On the Emptiness of life

Posted by JoeLampoet at 5:59 AM No comments:

This is a poem I first wrote as a tweet after stumbling out of the garden with this treasure in my hands - a gnarled Catalpa root: 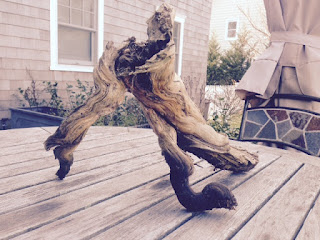 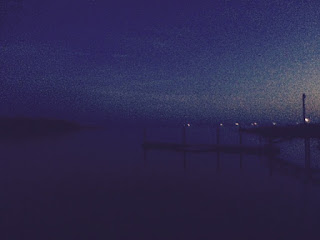 Posted by JoeLampoet at 4:23 PM No comments:

I've noticed lately how the habit of meditating can be contagious, inasmuch as the meditating frame of mind spreads and begins to assert itself even when you're not formally engaged in meditation.  This poem is about precisely such a moment of contagion that happened earlier today.  If you find this poem interesting you might also like to read this prior poem, which at least partially explains what I was thinking about when I wrote the first few lines of the poem above.
Posted by JoeLampoet at 11:59 AM No comments:

Yongjia - a poem in celebration of Bodhi Day 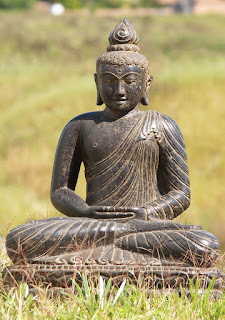 Posted by JoeLampoet at 7:36 PM No comments: 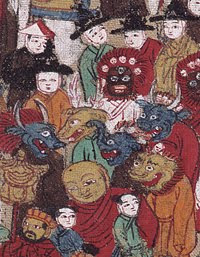 Posted by JoeLampoet at 12:34 PM No comments:

Sent from my iPhone
Posted by JoeLampoet at 5:01 PM No comments:

Posted by JoeLampoet at 12:32 PM No comments: