Posted by JoeLampoet at 6:43 AM No comments:

What it Means to Die in Early Spring

Posted by JoeLampoet at 7:04 AM No comments:

The Blood of a Poet

A dream may be just as well wrought as a poem, I suppose, though it's directed to an audience of one.  Just like a good poem, a central metaphor lies at the heart of a well-constructed dream; although it eludes being fully grasped by our rational minds, meaning radiates out from that central metaphor to illuminate all, like the rays of a setting sun.

Let me give you an example of what I mean from one of my own recent dreams.  Since I write much less poetry nowadays, most of my creative energy has been diverted into my dream life, which of late, has achieved an exceedingly fine texture.  REM sleep brings me close to rapture.  I’m no Charles Simic, otherwise I’d be trying to render these dreams as poems.  But for me, dream and poem are autonomous realms, not overlapping.  I am much more of a Freudian inasmuch as it’s far easier for me to reenter the dream realm through prose. So here goes ...

A few nights ago, I dreamed about riding down the highway on a bus at night. Two slender volumes of poetry lay in my lap, my only source of diversion during the long dull ride.  The author was the friend of a friend, someone known to me only distantly, and I felt indifferent to reading her poems, preferring instead to rest my head against the window, my mind wandering as I watched the oncoming headlights stream by.

Then I roused myself from reverie.  I picked up one of the books, opened it to a random page and began reading. I was struck by the sudden intense sense that I held a living thing in my hands. I could feel a pulse beating through the book’s cover and down the spine.  And then I felt the warm blood of the poet, seeping from the book, beginning to puddle in my hands.  At first, the sensation was mild and pleasing but soon gave way to a rising sense of panic, as the blood flow rapidly increased, pouring through my hands and cascading onto the floor. The poet, I realized, was bleeding out.  Frantically I began to search through the book, hoping to find the source of the wound.  On the last page I found a deep vein cut from which her blood streamed forth but there was nothing, nothing I could do, no tourniquet near to hand, and the life simply drained out of her as she passed through my hands.

I woke up filled with distress, wrote a short note to myself, and then rolled over to go back to sleep, hoping to start dreaming afresh.  If books could bleed, as I wrote in my notebook, we would likely read that much less, but still our true life force would be that much more capable of expression.

Posted by JoeLampoet at 9:15 AM No comments:

Soon in their inevitable fall 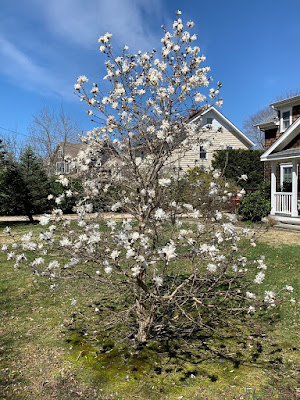 Posted by JoeLampoet at 10:51 AM No comments: