The more real you get, the more unreal the world gets
-   John Lennon

A friend posted this quote on FB the other day.  The more real you get is such a distinctively 60's expression.  It's also striking to me how as we journey East to West there's a dramatically different way of describing the path to enlightenment.  Lennon is speaking and thinking here in a typically western fashion - striving for a radically subjective I - in his formulation, higher consciousness can be achieved by making the Self more real, whatever that means.


A Buddhist takes the exact opposite approach - deeper awareness is attained by journeying down a path of self-diminishment, and enlightenment comes within reach when ego is altogether transcended - making the Self as unreal as it can get.


Truly we live in an interesting time - when these two previously distinct strands of thinking and being are now in the process of being braided together as one.  This is a movement that has been happening fitfully over the last century or so, ever since the swans of Buddhism first came to North American shores.  And now the confluence is well on the way to becoming a more established fact - the Self (in all its western glory and adornment) is now learning to stand astride of the Not-Self;  they are soon to be bosom buddies in fact, like matter and anti-matter or spirit and flesh, rolled up as one. 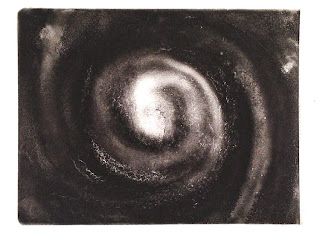 Posted by JoeLampoet at 1:21 PM